The Confederation of British Industry’s (CBI) monthly manufacturing survey released this week saw productivity in the sector stabilise after months of the downward trend. The data released was based on the output of 286 manufacturers.  In the survey, increased domestic and export orders signified that the manufacturing sector is stabilising after last quarter’s contraction. According to an economist poll by Reuters, the anticipated reading of August was -23. But the survey data showed significantly better than expected order book balance, rising from previous month’s -34 to -13. 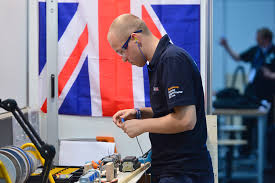 On the other hand, price growth expectations for upcoming months were reported to be at weakest since February 2016. This is particularly good for increasing household spending that is keeping the UK economy moving.

In August, manufacturing output volumes increased in seven out of seventeen sub-sectors. Main gainers were mechanical, chemical and plastic manufacturers. On the other hand, paper, printing and media sub-sectors were the leading growth draggers.

Now let’s analyse this data to help you make informed decisions. CBI survey, despite beating the expectations, predominantly paints a picture of still struggling manufacturing sector with Brexit uncertainty and the global economy’s slowdown looming large. The US-China trade war is also expected to add to uncertainty in demand for UK manufacturers. Besides, Eurozone manufacturers have been in contraction for a year, and now the global manufacturing recession looks increasingly more likely.

Even though CBI says manufacturers are expecting for inventory stocks to be at normal levels for upcoming months, we can expect another stock hoarding by the firms ahead of October 31 Brexit deadline to avoid the disruption in the supply chain in case of no-deal Brexit. This has also been predicted by the majority of independent analysts and economists.

In second-quarter destocking activity by companies resulted in inventories decreasing from 1.3% to -0.9%, causing the economy to contract by taking 2.1 percentage points from GDP growth. If the inventories keep steady in the third quarter, they are expected to raise GDP growth by 0.9 percentage points. But we can safely expect stock rebuilding efforts to further boost the GDP growth.

Also, data released last week showed retail sales up by 0.2% in July. This result was also better than the market expectations of sales declining by 0.3%. This is significant because retail accounts for 30% of all household spending which in turn contribute significantly in GDP calculation. Therefore, in light of the CBI manufacturing survey, and the yearlong trend of sales data defying gloomy expectations, we can expect the Q3 growth figures to prevent the technical recession in the UK.