The Value of Netflix: Buy?

Netflix is available in over 200 countries, and has literally taken the industry by storm. Digital streaming has become the norm for consumers who now have access to an easy platform to search and view the latest content. 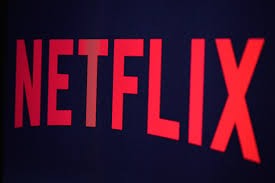 Yet, the stock price has moved greatly in the past few years. In fact, it has been scaring investors. The value of the stock has tripled since Netflix decided to focus its services through streaming only, reaching nearly $400 this time last year. Furthermore, share price has risen around 30% this year (as of Feb. 2019).

On the other end, many investors might not take into account that Netflix can very well be prone to declining profits and share price very soon. After a dominating few years in the digital content industry, competition has finally began to add up. Subscribers now have the options of deciding to opt for other big brands, including Disney, Apple, and Amazon Prime.

Disney, Apple, and Amazon are well-run organisations that are less leveraged than Netflix. At the same time, they are fantastically huge with plenty of financing to start producing its own digital content for viewers. By taking a more negative point of view, this is at least something to consider.

Yet, despite any luring fluctuations, Netflix seems to be on an upward trend of subscribers which is a positive sign for current investors. An increase in net paid additions seems to be following suite as well- quite possibly a 10% increase year on year. Rising subscription rates have also not slowed down subscribers, who seem to believe in the quality of streaming that is likely to come.

Is a buy the most likely scenario? It depends on who you ask.

For many investors, there is plenty of evidence to predict a solid performance coming into the New Year. Rising subscription fees have been the forefront of the current Netflix strategy, with intention of attracting and retaining the majority of customers with award-winning television streaming. With over 130 million subscribers worldwide, Netflix seems to be fighting for top dog in the industry- fighting out the likes of Amazon and Disney.

Still, many investors also have doubts that Netflix can hold onto its position too long. Despite positive analyst predictions, there has been doubts. More specifically, recent lawsuits have been the talking point in late July 2019- although Netflix quickly rubbished the claims as false and “misleading”. Perhaps more importantly, Netflix can experience a sharp drop in share price in a matter of hours if quarter results come in underwhelming.

Despite relative company growth, poor quarter results paired with sharp competition can easily drop share price to unimpressive rates. Whether it is a buy or not is simply up to the investor’s belief in the stock.