One good reason not to cut UK interest rates

I’ve one very good reason why Mark Carney, Governor of the Bank of England (BoE), shouldn’t cut UK interest rates next week. That’s not to say he shouldn’t do anything at all in terms of additional monetary stimulus. Intervention is very likely to be required in light of Brexit, and we’d be wise to get in early. Markets would surely also be disappointed for the rest of the summer, having already been left wanting after the ECB and now the BoJ both held back from firing any form of stimulus bazooka, probably waiting for the BoE to move first. So much for first mover advantage. 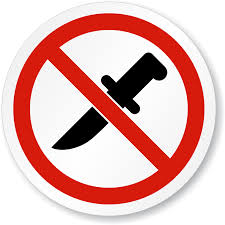 Brexit headwinds might not quite be blowing a hooley just yet but they could well pick up strongly in the second half of the year. There has been plenty of decent growth data lately allowing Brexiteers to cry “look, everything’s fine”. But most of this relates to the second quarter of 2016, or the latter part of it, which includes very little Brexit impact. Maybe a week or so, but that’s nothing considering how mistakenly confident the country was that a Stay vote would prevail. So there could well be worse to come, especially if the pound sterling stays so weak, making imports more expensive. Let’s be realistic – it’s difficult to plan and make growth decisions when newly inserted politicians are making it up as they go along. Refusing to start negotiations until they get assurances of what Brexit will look like is not a good start.

So more stimulus should definitely be delivered. We expect more Quantitative Easing (QE; bond purchases to keep yields and thus borrowing costs low), coupled with more initiatives like the existing Funding for Lending scheme (FLS) which allows banks to fund themselves more cheaply based on how much they lend out. A rate cut, however, would be a waste. Why? Firstly (OK I’ve more than one reason), banks rely on their Net Interest Margin (NIM) for profitability. It’s the difference between what they charge you to borrow and what they pay you on your savings. With interest rates already at historic lows and margins still depressed, any move that squeezes them further is a bad idea. Especially when taxpayers still own portions of the bailed out Lloyds and Royal Bank of Scotland.

The government still wants to sell its remaining 10% stake in Lloyds but at 53p the shares languish well below the 73.6p breakeven price they need to trade above before selling is permitted. If Banks’ shares – like all companies – are based on expectations of future earnings I sincerely hope Mr Carney realises that a UK rate cut would be a negative for both Lloyds and RBS, delaying their return to sustainable profitability and ultimate return to privatisation. I’m pretty sure George Osborne would have been on the phone warning Carney not to do it. But he’s not around, so I hope new Chancellor Phillip Hammond understands the risks. Tracker mortgage holders might benefit a little, but there’s no guarantee they would spend the difference to help fill the treasury’s coffers with more VAT.

Secondly (and lastly), is it worth it? Interest and borrowing rates are already so low, and have been for 7 years, since the UK Index bottomed in March 2009 (no coincidence). Has company or individual really been waiting to pull the trigger on an big ticket purchase or investment based on a 25bp, even 50bp, cut. Of course not. In which case why bother inflicting unnecessary pain on the banks? There are plenty more tools available, as we saw with a reduction in capital buffer for the banks last month to free up funds. Perhaps we’ll get something brand new like the ECB has delivered time and time again to help the Eurozone sovereign debt crisis.

Having waited last month, I think it’d be wise for the BoE to keep something back in case things turn out to be worse than expected. The future is rather uncertain after all. There is also danger in showing your full hand too early. Governor Carney has already said he’s not a fan of negative rates, so I urge him not to cut closer to zero. Not now. It’s just not worth it.

To stay abreast of all our thoughts daily, access our research here.