No Santa Rally? No problem!

The traditional equity market Santa Rally has failed to materialise. October’s FTSE100 correction has embarked on a second leg lower. August’s downtrend is intact after the index’s failure to better May’s record high. We’re only just off fresh 2yr lows. The FTSE100 is -12.7% year-to date. Owch. 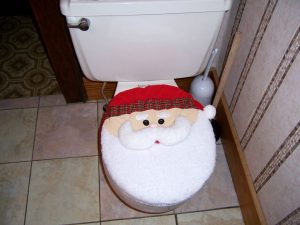 Santa Rally? Sorry, not this year

Market fears about a global trade war may be off the boil. However, the twin risks of tighter monetary policy and slower growth after years of stimulus remain prominent. So too does Brexit. In fact, growth may already be slowing amid the prospect of more expensive re-financing after years of cheap money. This is an issue which could be made worse by a US-China trade war or tighter monetary policy. Perhaps both, simultaneously.

These are headline observations, however, and therefore assume no changes to investment decisions since end-November. They ignore the fact there have been lots of very tradable short-term opportunities even without a Santa Rally. 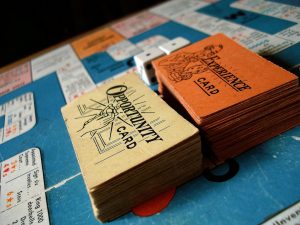 For example, in early December we saw breakouts by the likes of Smith & Nephew, Telecom Plus and Randgold resources, offering potential gains of 4-7% as the shares pushed further north. Attractive ranges included Ferguson, Rio Tinto and Shire which offered traders potential gains of 4-6% as they traded up off their respective floors. Momentum for Randgold Resources could have offered gains of 7% and declines of 8% on Standard Life Aberdeen for those prepared to short sell.

Since mid-month, those clients trading company results have had the opportunity to capitalise on a 20% move by Indivior and an 11% move by Balfour Beatty. Shares which have traded up off support included Pennon +6%, Imperial Brands +4% and Rio Tinto +6%. Rebound candidates this week included Ashmore, National Grid and Kier which all bounced 5%, 6% and 15%, respectively.

That doesn’t mean, however, that those in the red for December haven’t rallied at some point. Many have still offered the chance of some short-term upside. It’s our job to identify these situations daily to help our clients make profitable trading decisions.

Every day we offer our clients two short-term trade opportunities from each of the above categories (and much more). These ideas are for consideration, not advice. To join our clients in receiving all our daily trading ideas, click here to subscribe to our Gold Pass trading opportunity package. Think of it as an early Christmas present to yourself. Consider it a New Year’s resolution, ensuring you’re ready to make the most the multitude of trading opportunities which will materialise in January.

Happy holidays to all readers.