The FTSE100 had a tough Q4, falling 8.5% from October highs. Santa’s traditional December rally was conspicuously absent and Christmas trading was rather more volatile than usual. It’s been a rocky start to the new year too, with Global markets stuttering on bad news from China. Apple warned on China growth, China Manufacturing data disappointed, more stimulus suggests Beijing is worried. The risk of an escalated trade dispute with the US also remains real.

Whether bull or bear, however, there are plenty of arguments to support your stance. Market uncertainty is rarely helpful, but heights reached lately, bringing equity markets lower, means potential for a marked improvement. From murky to clearer, be it positive or negative, making things easier. Those who took their cash to the side-lines could be attracted back. This could generate an abundance of trading opportunities. 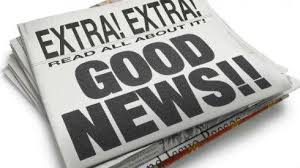 For bulls, the poor end to 2018 (-13% from Aug highs, -10% from Oct peak) and rocky start to 2019 means lower prices. This could imply better entry points. Shares are already off 2019 lows, suggesting interest at these lower prices. Secondly, markets have a tendency to quickly price in risks. And I’m sure you’ll agree they are already discounting a lot of bad news.

On top of those aforementioned China risks, think rising interest rates, less stimulus, a messy no-deal Brexit, nationalist/anti-globalist politics, slowing growth, falling oil prices, more passive funds than ever. To mention but a few. Could it be that markets are, in fact, discounting too much bad news? 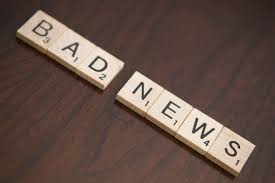 For those with a more bearish persuasion, remember that lower prices don’t necessarily mean “cheaper” and value is subjective. When prices fall, it’s because of selling pressure. Owners are more desperate to get shot of something that could fall further in value. Buyers will only take it off their hands for less. And it tends to stem from a good reason that renders the outlook, and thus ownership, less attractive.

That’s not to say prices don’t over and undershoot, but the direction of travel and momentum can take time to reverse. Lastly, markets rarely immediately price in a worst case scenario. They prefer to factor in the chance of a chance of that worse-case scenario. In which case there is always the possibility things get worse before they get better.

In the meantime, whatever your view, why bother forecasting the FTSE. Will it get back to 2018 record highs of 7800, or fall back to 10yr rising support at 6000? Trying to correctly call a 10-15% move in the FTSE, up or down, is tricky to say the least. It could take a year, and who knows where the world will be by then.

Identifying the next 2-5% FTSE move is more realistic, but still difficult. So why not consider something else? Accendo Markets focuses on major liquid FTSE350 shares displaying strong technical signals. We filter for share prices with potential to deliver a measured move, up or down, typically over the next week or two.

To receive our daily top pick short-term trade opportunities from our Momentum, Breakout, Support and Range categories, subscribe to our Gold Pass trading opportunity package. Consider it a New Year resolution, one you may actually stick to, hopefully even profit from.