Home / Blog / blog / Lloyds: Is George about to pull the trigger?
Trading Opportunities

Lloyds: Is George about to pull the trigger? 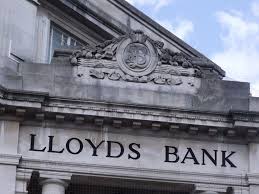 Good news for those interested in the UK banks, and Lloyds (LLOY) in particular. The high-street bank recently confirmed an enticing 0.5p special dividend for shareholders, taking their yield to a solid 4% amid its continued post-crisis turnaround. Yet even more exciting is the recent market rally seeing the shares recover to the government’s 73.6p breakeven price on its 2008 £20bn bailout. This means the £2bn discounted share sale the Chancellor announced in early October and planned for the Spring could be imminent. A tough start to the year for markets saw Lloyds shares trade below 70p for most of Jan/Feb and the share sale idea was shelved due to the government not being allowed to sell any shares in Lloyds at a loss. After all, it was you the taxpayer that helped bail out the bank. It’d be a bit much to shoulder you with a loss too! But concerns the government may never claw back our investment will have eased now that shares have bounced 30% from their lows. The government might be about to make a dash for it given calmer market conditions and ahead of the much debated UK’s ‘Brexit’ referendum on EU membership.

Here’s a little reminder of the proposed share sale parameters. £2bn worth of Lloyds shares are being offered at a 5% discount to the prevailing price; applications for £1,000 worth or less are likely to be prioritised; there is a loyalty bonus of 1 share for every 10 still held after a year. Based on a £1,000 investment, this suggests potential returns of around 20% are attainable in the first year after the sale (£50 discount, circa £40 dividends, £100 loyalty), even if the share price doesn’t move. And note brokers suggesting a 12-month target of 84p implying 15% upside which could boost share sale participants’ returns to 35%. In fact, the discount and loyalty bonus offer investors a cushion should shares fall in value by up to 10%.

While the government has been gradually selling down its 43% stake since 2009, the proposed IPO-like sale is designed to allow the public to purchase part of the treasury’s remaining 9% stake and to profit from the bank’s turnaround, full re-privatisation and return to financial markets The idea saw huge excitement back in October (250,000 expressions of interest – more than the Royal Mail IPO in Oct 2013) and we expect a second wind after the bank’s encouraging full year 2015 results last week helped the shares pop back above 70p on suggestions that those nasty provisions for PPI mis-selling are close to being a thing of the past and that bigger dividends are on their way.

To be sure you don’t miss out on a Lloyds discounted share sale, click here to stay posted. Opportunities like this don’t come round often – George is rarely this generous.