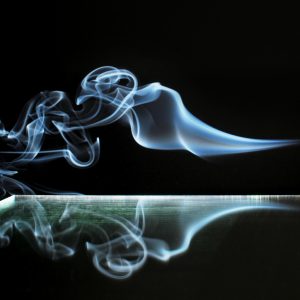 The biggest blue-chip faller over the past several weeks has been UK Index tobacco manufacturer British American Tobacco (BAT). Its shares have now hit 7-year lows, having fallen close to 25% in the past 3 weeks and -46% year-to-date.

The ban on new generation vapour products could be seen as a boon to BAT and peer Imperial Brands, since it hits their competition more than it hurts them. The proposed prohibition of menthol cigarettes, however, is a big shot across the bow for the large multinationals.

Menthol sales make up 55% of BAT’s US sales by volume and a whopping 25% of its US operating profits. According to US FDA findings, menthols make it easier for young adults to start smoking and harder to quit, hence the proposal for a wholesale ban.

Shares of rival UK Index tobacco maker Imperial Brands aren’t getting hit quite as hard as BAT. This is mostly due to the fact that BAT has a larger stake in the US menthol market and bigger exposure to e-cigarettes. Imperial derives an estimated 3% of revenues from new generation products, while for BAT it’s 5.5%. It’s a similar picture for menthols (25% of US profits for BAT, versus only 15% for Imperial). 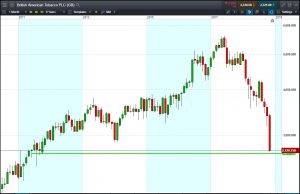 Analysts at JP Morgan now say they see a 2-12% profit hit for BAT, but just 1% for Imperial from the proposed bans. This is why BAT shares are now 47% off their 2018 highs, while Imperial is down by just 17.8%. That said, the majority of BAT menthol products have a non-menthol alternative, meaning loyal customers could switch, limiting long term damage to profits.

In what should come as no surprise, the cigarette manufacturers are fighting the ban. Initially through public relations, they say they share FDA concerns on vaping (less competition that way), but that “science doesn’t support treating menthol cigarettes differently” that others.

However, the true battle for the smoking market could eventually move from the court of public opinion to the actual courts. Tobacco makers are notoriously litigious and any implementation of the proposed menthol ban is going to be immediately challenged by BAT/Imperial/Philip Morris lawyers in the courts. 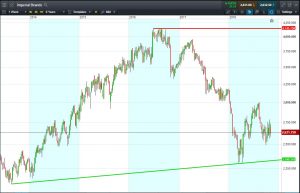 While US regulators could prevail , the legal battle could take years, with analysts at Jefferies estimating 5 years before any menthol ban comes into force while others are factoring in a an even longer 8-year horizon.

Could the sharp November drop in British American Tobacco shares be an overcooked knee-jerk reaction to a threat that may or may not be enforced? Even if the threat to profits is real, the resilience that Imperial shares are showing could present an opportunity.

If you see an exciting trade in UK Index Tobacco shares, get in touch with me to discuss your investment options.