What does the Greene King price surge mean for the pub trade? – 23rd August

What does the Greene King price surge mean for the pub trade?

One of the big winners this week has been pub chain Greene King, with share prices soaring by 51% after a takeover offer from Hong Kong fund management firm CK Asset was agreed. In the second largest UK inbound deal of the year, CKA will buy all Greene King’s shares at 850p per share, which is likely to be unexpectedly good news for shareholders after a sluggish full-year performance to June. 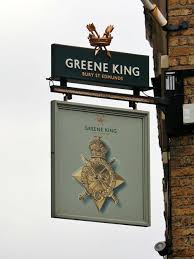 While current shareholders will be delighted by the deal, would Greene King shares be worth buying for value investors? And does it represent an upturn for the beleaguered pub industry, which has seen well-documented troubles in recent years. It seems more likely that the Hong Kong fund giant is interested in Greene King’s property portfolio than its pubs – the chain owns 2700 venues across the UK, some in very desirable locations, boasting a market value of £4.6 bn. With only two months to go before the Brexit deadline, and the likelihood of the pound getting even weaker, scooping up UK assets is a tempting option for overseas firms. Although this share price surge, takes Greene King’s price close to the all-time high it reached in 2015, many analysts still see the stock as overvalued with a price-to-earnings growth ratio of just 3.6. Many believe that despite this latest deal, Greene King shares do not have much room for growth, especially as one investor sold £13 m of shares on the day the news broke.

A knock-on effect of the Greene King deal has been an uplift for other pub stocks, making travel and leisure the best performing stock sector across Europe on Monday. Marstons rose 9.3% to 115p, which signifies its sharpest rise since November 2017. In July, the chain’s share price plunged by 10% after it announced a beer sales slump due to poor weather, so this is good news for investors. Some analysts still believe Marstons is undervalued however, largely due to its 93% freehold real estate backing, which could tempt a similar overseas investor to CKA, especially as the pound weakens further.

JD Wetherspoon also saw an upturn in share prices after the Greene King deal was announced, rising 111p to £15.82. Its founder, Tim Martin, announced plans to ‘Brexit proof’ the low-cost pub chain vowing to slash beer prices if Britain leaves the UK in October claiming he can get supplies cheaper when the country is released from EU tariffs. Family pub chain Mitchell & Butler also saw a complementary rise of 17.5p to 324p.

However, most analysts agree that the Greene King deal and subsequent knock-on share price rises don’t signify renewed faith in the British pub trade. It’s more likely that CK Assets were willing to pay a premium for Greene King’s property portfolio, so for potential investors it’s worth remembering the general consensus is that the true value lies in property.