Home / Blog / blog / The Retail Sector in 2019: Can Debenhams follow the strategy of Next? – 23rd August
Trading Opportunities

The Retail Sector in 2019: Can Debenhams follow the strategy of Next? – 23rd August

The Retail Sector in 2019: Can Debenhams follow the strategy of Next?

Companies in the retail sector have not been at their best lately, with major names such as toys retail giant Toys R’ Us officially closing down last year. Following a disastrous end in 2018 for the entire sector, where the FTSE 350 General Retailers Index hit rock bottom since 2011, there might be slight hope for optimism.

Since the start of 2019, the FTSE 350 General Retailers Index jumped to over 25%. Retailer Next is one of the major players looking at the positive side. With a splendid year so far for Next, share prices have risen nearly 21.5% while benefiting from a 4.5% increase in EPS, currently trading at 435.3p. 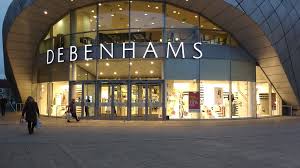 To where does Next give its credit? To it’s incredibly easy online access. For many companies looking to bounce back in the retail sector, it is safe to assume that mimicking Next smooth transition from brochures to the worldwide web should help their rebound.  This trend will likely continue this year, despite the looming impact of Brexit. All else constant, investors might predict that Next might experience another 4% boost this year in EPS.

Next might argue that the proof is in the pudding, with a 15% increase in digital sales off-setting the 7.3% decline in-store sales. But how are other major retailers faring in the economic uncertainty and declining in-store sales?

Major retail chain Debenhams has literally fallen off the map. Debenhams has received little to no interest following its delisting, and soon fell into administration in 2019. Many fail to see optimism when it comes to Debenhams adjusting to the digital age, and many even consider it a failure similar to Toys R’ Us. It could end just as badly, as Debenhams is expected to close over 20 stores by 2020. With a share price under 10 pence, Debenhams share price has become almost negligible in comparison to one year ago (around 47p).

With the recent successes of Next, Debenhams might benefit from an uptick in digital sales in order to restore positive share prices. In what appears to be a miniscule share price, investors might raise some eyebrows. After all, could there be potential for a bargain? Debenhams might be able to revolutionise its online offerings, and kick-start new business. At the same time, the share price is at its lowest- which may signal a “bust or nothing” strategy.

For those investors with holdings in the retail sector, is it safest to avoid the retail sector at all? On the other hand, investors might consider being very selective with their holdings and focus on “boom or bust” stocks such as the case with Debenhams.