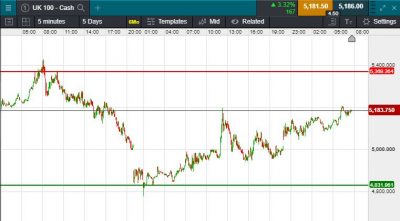 FTSE 100 called to open +200 points at 5193.  U.S. futures and Asian stocks climbed on Tuesday after global equities hit their lowest level since 2016, the dollar snapped a 10-day rally and Treasuries dipped as appetite for riskier assets revived. Contracts on the S&P 500 rose about 4% at one point, more than making up what the index lost on Monday. Benchmarks in Tokyo, Hong Kong and Sydney climbed, seeing the Nikkei rise over 7% to trade at 18,092 & the Hang Seng gain 4.5% to trade at 22,670.  The U.K. is in lock down after Boris Johnson ordered sweeping measures to stop people leaving their homes “at this moment of national emergency.” As the coronavirus pandemic spread across the country, the prime minister approved a radical ban on all unnecessary movement of people for at least three weeks.   Oil rallied for a second day after the Federal Reserve unveiled a sweeping set of measures to support the world’s largest economy, while investors clung to hopes of a U.S.-Saudi Arabian deal to limit output. Futures in New York rose around 5% past $24 a barrel, following gains on Monday as the U.S. central bank said it would buy unlimited amounts of Treasury

Dunelm has cancelled its interim dividend due in April (7.5p).

Mulberry states that in their previous guidance they expected to be profitable and cash generative in H2 2020. However, as a result of COVID-19 the board now expects to make a small loss in the period.

Rio Tinto announces it will curtail production. All mining operations at Richard’s Bay Minerals in South Africa will be halted from Thursday for 21 days. They will also slow down activity in Quebec, Canada due to Government directives to stem the spread of COVID-19.