Can housebuilders defy the Brexit blip?

Housebuilders have had a turbulent time in recent years, and as fears about Brexit and its impact on the property sector gather pace, you would expect share prices to struggle. However, some housebuilders have shown surprisingly strong performances recently, especially given the current economic turbulence. 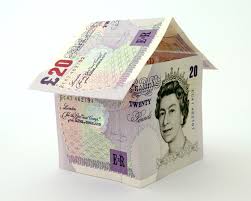 Barrett PLC, for example, has seen its share price rise by around 19% in the past year. With a price to earnings ratio of just 9.3% and share prices at 631.00 at the time of writing, many analysts consider the housebuilder’s stock may be undervalued. Government incentives for the new build housing market and continuing low interest rates, leading to a high availability of mortgages, seem to have worked in Barrett’s favour and it has managed to maintain robust sales. Some analysts though think that while the shares are a good bet for long-term yields, in the short-term they predict volatility thanks to faltering customer confidence and potential changes to Government incentives. The Prime Minister’s push to suspend Parliament, in order to forge ahead with Brexit, has certainly had a short-term impact with Barratts losing 2% from their share price when the news broke on Wednesday.

Taylor Wimpey and Persimmon also lost between 2 and 2.5% from their share prices when the potential Parliamentary suspension was announced. Taylor Wimpey posted a downturn in profits for the first half of the year, at the end of July, but its expectations for full-year profits are still on track. Higher build costs have had a big impact on the housebuilder’s bottom line, with operating profit for H1 down by 9.4% to £311.9m, and share prices falling 4.4% immediately after the announcement. However, some analysts still think Taylor Wimpey look good for the long-term, especially as its price to earnings ratio is 8.3, and shareholders are expected to pocket total yields of 11% over the next two years.

Persimmon also reported a dip in pre-tax profit for the first half of the year, dropping to £509.3m. Revenues declined by 4.9% and earnings per share dropped 4.15% to 129.3p. Persimmon say this is mainly down to improvements they are making with quality and fire safety after a wave of criticism about defective Help-to-Buy homes earlier this year. Persimmon’s margins though are still the highest among UK housebuilders, and many analysts consider this dip to be modest in the context of the downward pressure on the housing market as a whole. The housebuilders forward sales are still strong at £2.05 bn, although costs are rising, so many consider Persimmon a reasonable long-term investment, and several analysts have upgraded its rating from ‘hold’ to ‘buy’.

Housebuilders may face a turbulent few months as Brexit chaos continues, and the situation has probably been amplified by the push to suspend Parliament. But the general consensus seems to be that the UK’s chronic housing shortage means that the major firms all have the potential to bounce back.